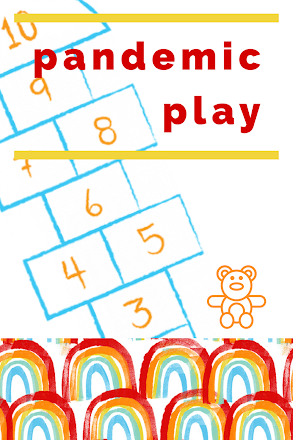 Ruth Hazleton and Judy McKinty are running a great children's folklore project at PANDEMIC PLAY.  The project asks kids, teens, parents, grandparents, carers or teachers to send in art, games, rhymes and the like, related to the COVID pandemic. 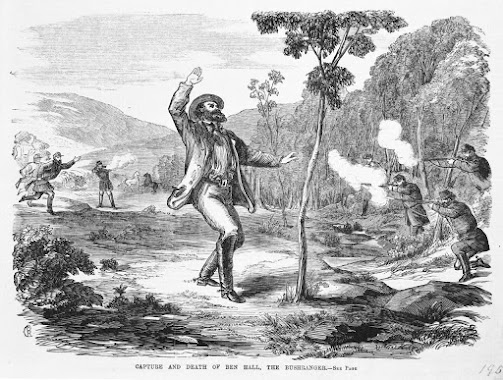 Why did some bushrangers become folk heroes and why were they feared by the forces of authority? We take a look at and a listen to some of the yarns, ballads and memories of the many bushrangers of the Lachlan region during the 1860s. Come all you wild colonial boys – and girls!
LISTEN HERE

RECORDING CONVERSATIONS - on a budget! 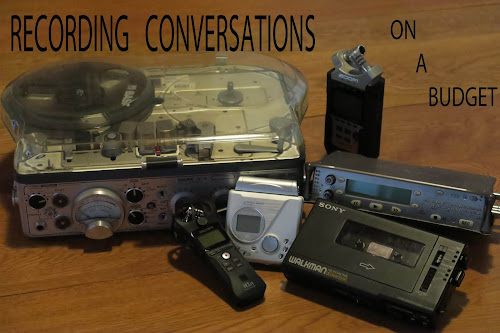 Do you want to conduct an Oral History project to archival audio standard but have only a small budget for recording equipment?

Rob and Ollie Willis offer some thoughts on equipment they have used and that won't break the bank. These are only examples of some methods that could work, there are probably many other alternatives and we have tried to keep it basic and simple.

We have avoided too much technical overload but are happy for people to contact us if more detailed information is required.

The price range of examples is included in the video notes.

These examples are from our personal research and use and we have NO connection with the makers of any recorders or equipment.

Email ThisBlogThis!Share to TwitterShare to FacebookShare to Pinterest
Labels: reccording

HOW TO SPIN A YARN - WITH BILL CASE 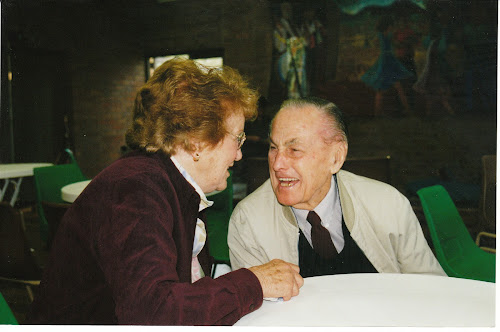 We often get asked "what is the difference between a yarn and a joke"? Hopefully this video will answer the question as Bill Case (1917-2001) was a master Yarnspinner. John Harpley and I recorded this 15 minute yarn as part of a dance night that Bill played for at Don McBain's Barn in Nelson, Vic. Apologies for video quality but it shows the rapport that Bill had with the audience and how he held them.

I heard this yarn twice, the second time being at the Sharing the Harvest concert, a memorial for John Meredith in 2001. Bill captivated the audience there as well.

A few explanations - Bill's father ran a Pie Cart in Mount Gambier, SA, specalising in Pie Floaters, young Bill often helped him. Pie Floaters are very popular in South Australia and consist of a pie in a bowl of thick mushy peas. The peas are 'blue boilers' and, if too hard to boil, are softened by the addition of Bicarbonate of Soda, this is where Bill's yarn takes a twist. 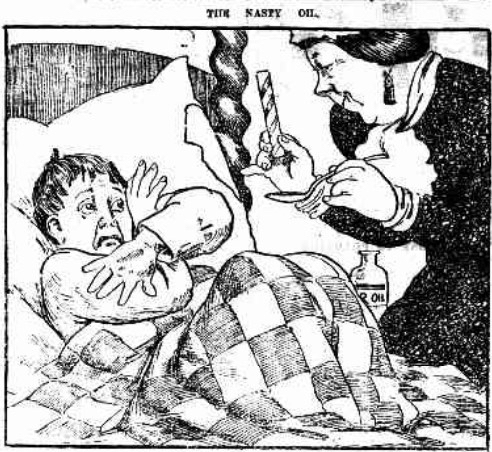 Our latest podcast is now available at https://yarnsofoz.podbean.com/

This time we’re having a listen to how people dealt with accidents and illness in the days before medical attention was easily available. Treating the everyday afflictions of colds, stings, hangovers – and piles – was often a ‘kill or cure’ experience. Definitely not to be tried at home! 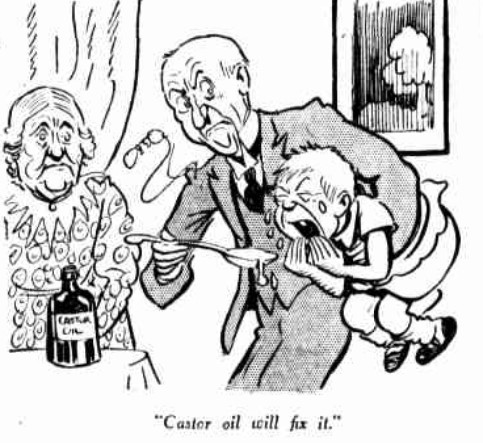 THE WEDDERBURN OLDTIMERS ON THE VERANDAH MUSIC CHANNEL 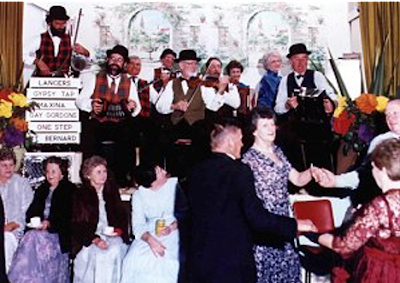 Vintage video of the Oldtimers in fine form on 1970s television! Lovingly edited by Rob Willis, you can join the proper old time dancing and the fun here..here...

The Wedderburn Oldtimers were amazingly popular back then, with two platinum and several gold LPs (Long Playing vinyl records) to their credit.

You can read all about it on the Peter Ellis Archives site where we’ve uploaded an account in which Peter recalls the history of the band and his involvement with it.
Posted by GS at 3:29 AM No comments:

Following up on our interest in bushranger ballads and lore, here’s an interesting sidelight on public perceptions of bushrangers versus American outlaws. The survey was carried out by researcher Bruce Tranter and published in the International Journal of Social Science Studies Vol. 1, No. 2; 2013

It seems that the only bushranger better known than the outlaw Jesse James, is Ned Kelly. Everyone other bushranger is an ‘also ran’. Here’s the relevant section of the article (the stats are tabulated in the article):

‘ … Jesse James (46%) emerges as by far the most frequently named outlaw. While it is perhaps not surprising that many Australians can identify James, the results provide a gauge of the extent of their knowledge. The next best known outlaw – Billy the Kid – was named by 33% of respondents in total. Thereafter, a substantial drop in recognition occurs to Butch Cassidy (12%) and the Sundance Kid (6%), famously represented in the 1969 film of the same name starring Paul Newman and Robert Redford. The other James gang members – including Jesse’s older brother Frank –  also fared poorly in the survey. ‘Wild Bill’ (James Butler) Hickok was identified by 5% of the sample as an outlaw, as were Doc Holliday and Wyatt Earp by approximately 3%. In reality these lawmen allegedly worked both sides of the law (Carnes 1996).

In contrast, 80% of Australians named Ned Kelly as a bushranger and 29% identified Ben Hall. The next best known bushrangers were Captain Thunderbolt and Dan Morgan with around 12% of the cumulative responses. These results show that Jesse James and Billy the Kid are recognisable to more Australians than any of their home grown outlaws, with the exception of the armoured outlaw, Ned Kelly! …’

The survey didn’t include the earlier Jack Donohoe or the mythic Wild Colonal Boy, whose ballad is well-known around the world, but the outcome would have been much the same I expect.

Better keep singing those bushranger ballads.
Posted by GS at 11:39 PM No comments:

Email ThisBlogThis!Share to TwitterShare to FacebookShare to Pinterest
Labels: bushrangers

WHO CALLED THE COOK A BASTARD? - PODCAST

They were called ‘bait-layers’, ‘babbling brooks’ and much worse by the bush workers and soldiers who had to endure their offerings. The traditions of Australian cooking also include pioneering women who made do with whatever they could get from the bush and their own ingenuity. Iguana-tail curry, anyone?

Listen to the podcast here.
Posted by GS at 8:34 PM No comments:

Sandra Nixon continues to excavate the extensive archives of the Sydney Bush Music Club. Her latest discoveries are some intriguing versions of bushranger ballads of Ben Hall and Fred Lowry – here and here.

The song known as ‘A Nautical Yarn’ has always been a bit of a mystery. A parody of the shipwreck songs so popular in the Victorian era, this one is set on the Murray River. It begins:

I sing of a capting who’s well known to fame;
A naval commander, Bill Jinks is his name.
Who sailed where the Murray’s clear waters do flow,
Did this freshwater shellback, with his Yeo heave a yeo…

Stephen Whiteside throws some light on the mystery here.

The song has been recorded by many performers, including Burl Ives, John Thompson and Bush Gothic and you can near Warren Hardiman and Dick Bromhead doing a nice version here. 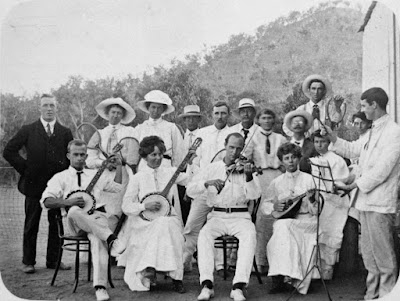